Welcome to ABBA Charts! This web site contains chart information from around the world, focussing on the Swedish pop group ABBA. They began recording in 1972 and ceased recording in 1982, after experiencing one of the most successful musical careers ever. The group comprised of four members - Anni-Frid Lyngstad (Frida), Björn Ulvaeus, Benny Andersson and Agnetha Fältskog.

As you will know, many countries have a weekly chart which is played on radio to let everyone know what the most popular songs are during a particular week. These chart countdowns have been happening since the 1950s in some countries and are a great way to see what music is popular. It was no different in the 1970s and 1980s and the majority of the charts on this site are from this period. This web site is not just limited ABBA charts - this site includes any chart information that involves a member of the group in some way, such as when they were solo artists before or after ABBA, or as members of other groups.

When you click on a country name as opposed to a flag, additional chart information will be displayed. For example, some countries feature lists that will show the chart position for each week a single or album was in the charts. Many countries also feature the Gold and Platinum records awarded for sales of singles and albums in that territory. As a bonus, chart commentary and music industry reviews feature for a select few countries where this information was available. One country even has sales figures included for all items through to 1994!

There is a wealth of information to explore here, so please enjoy!

Click a country name for other information from that country such as sales figures and more! 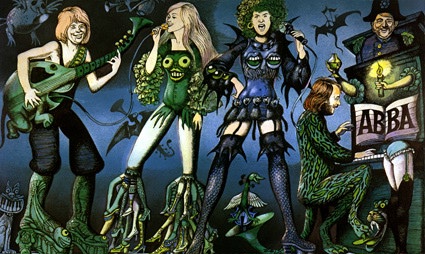